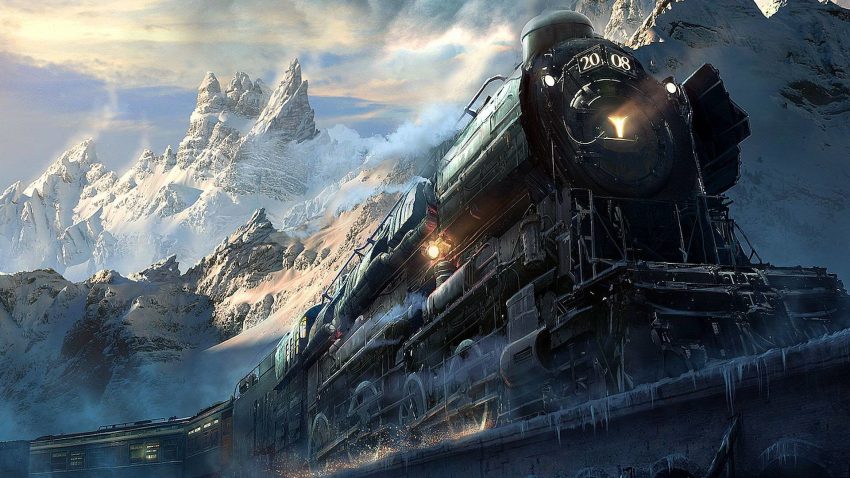 This is one of our favorite Christmas movies to watch around the holidays. I remember the first time we watched it with a family member and they were gasping at how the main character, Mr. C voiced by Tom Hanks, was treated like Jesus Christ. They considered the movie as another diabolic Hollywood Christmas feature film to hypnotize children further from God.

I didn’t see it quite the same. I found the Polar Express film provided an opportunity to tell another Kingdom story in the same clever parable-like fashion Jesus would use to teach about the Kingdom of God. In fact, this film perfectly showcases an ongoing theme of the entanglement of the right time kairos, within actual time, chronos. Kairos is the Greek word to describe the right time, the opportune or seasonable time for a thing to happen. We can read through scripture about kairos time. Take for instance, how Zechariah and his wife Elizabeth were told they would have a son even though she was well along in years and considered to be naturally barren. Zecharaiah struggled to believe this but at the right time, Elizabeth would have a son whom they were instructed to name John, later known as the Baptist. An angel prevented Zechariah from speaking because of his unbelief that God would do what he said he would do for him in kairos: appointed time. Another demonstration is when demons were afraid to see Jesus presumably so soon, asking if he meant to torture them before the Kairos, their appointed time. Kairos time is the track laid to be on time! There’s no better way to depict the overlay of our own timing with God’s right timing than what can be gleaned from this nostalgic Christmas movie. God’s timing is rarely the same as our timing and this film perfectly catches just how this phenomena happens.

The Polar Express train magically appears in the middle of the night to whisk away children for a ride to the North Pole. The conductor of the train, played by Tom Hanks, is always concerned with keeping a tight schedule. At each stop he’s encouraging children to make a decision to board or choose not to because they must arrive at the North Pole on time. According to his clock, it is 5 minutes until Midnight! The tension of time is stressed throughout the movie as they are stopped by caribou, skidding through ice breaks and nearly derailed by a swallowed brake joint pin that keeps the train from wrecking. In picturesque kairos fashion, each time the train is set back into motion it is somehow still 5 minutes to midnight.

Audiences don’t really catch on to the freezing of time since chronos time continually moves you through the story until a young boy named Know-it-All blurts out “hey, what gives, it was five minutes to midnight four minutes ago”. This is when moviegoers catch on that time had stopped for the duration of the movie until they meet Santa. Nearly two hours go by when the credits are rolling at precisely Midnight.

There couldn’t be a better metaphor for the timing of God’s promises for you and the promise that he will return. Over 2,000 years ago, the Apostle Paul writes,

Paul’s declaration “we who are still alive” clearly indicates Paul expected he would meet Jesus in the clouds untouched by mortality. We certainly are 2,000 years closer than when Paul believed this and certainly very soon, we who are alive will meet the Lord in this way. Dreams and visions of the rapture event and the end times have been increasing in birth pain like rhythm. Incredible weather shifts, strange animal behaviors and extinctions, and the increasing tension and rumors of war by world superpowers are all coming to a climax. War is looming and we will see World War III with a high probability in our lifetime. And yet, those who have had words of knowledge, warnings from visions and dreams all clung on to this very scripture of hope and have certainly experienced this time freeze of 5 minutes til midnight. When will Christ return for his bride?

A bride in waiting, we have grown older while watching our children move out, get married and have our grandchildren. We have endured the passing of loved ones, sicknesses, lockdowns, financial lack and aging. Some have experienced divorces, career changes, family changes and been given the opportunity of new beginnings. There have been financial losses and financial gains. Life continues on in the ever changing morphing from old to new and birthing into different as it always has. We find ourselves echoing Know-it-All boy, “We got plenty of time. We got nothing but time. We got time to kill”.

The Polar Express reaches its destination where it was suspiciously bound to end up all along.  In great climatic style, the kids get to meet Mr. C and are given a Christmas bell that only rings for those who believe. For every believer in Christ, we cling to this magical moment, a reunion unmatched since the beginning of our existence. There’s no better way to express the dichotomy between the timing of Christ’s return and his lady in waiting who exists day to day in chronos time. The Holy Spirit is always conducting our lives, making sure we won’t be late and to ensure we reach our destination in perfect time!