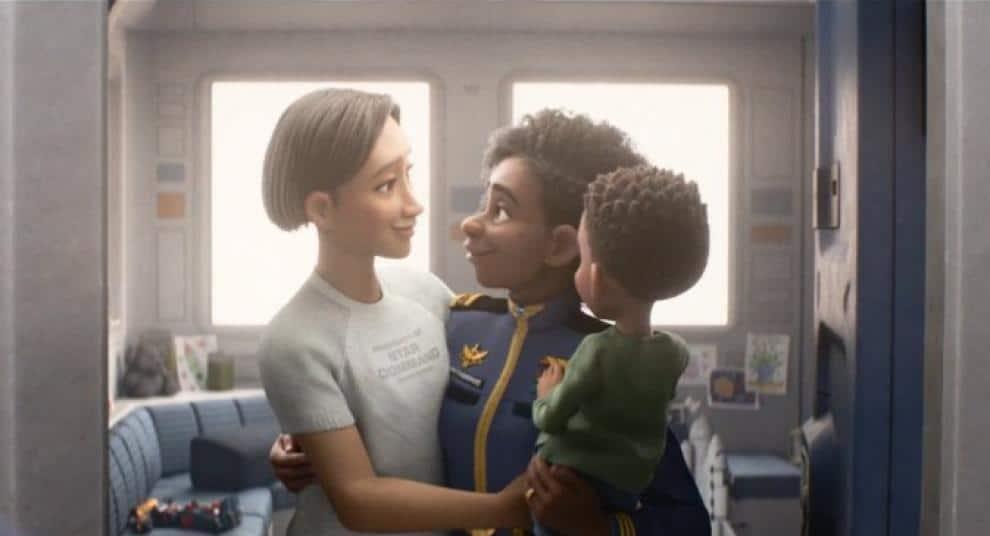 What’s All the Buzz About LightYear & It’s Gay Agenda?

We are fans of the movie series Toy Story. Naturally, the kids wanted to see the new Buzz LightYear movie. However, we had heard of it’s gay agenda and was not quite sure what to expect so we placed our anticipation on restraint. Not wanting to support box office tally’s, we waited until the movie debuted on Disney+ since we had an active annual subscription. The movie started off fantastically and tied into the Toy Story series as expected. Then the reveal. The lesbian couple have magically become pregnant, all the while they are stranded on another planet and trying to survive.

The unfolding of your words gives light; it gives understanding to the simple. Psalm 119:130 NIV

The deception is strong. Young minds are led to believe that these two, dare anyone believe it, female characters are able to have children. It’s biologically impossible but your third grader or eight grader, possibly even your tenth grader may not know this fact. Children are conceived everyday between male and female but ask any woman who’s experienced problems becoming pregnant, artificial insemination is a tedious process. The UCSF Center for Reproductive Health outlines the four stages in order for a female to become pregnant…these steps must occur:

Not one, but four scenes flash of this dual female lesbian couple with the child growing into stages of aduloscneses as if to project this family dynamic as normalcy. The final picture shows the male child has become an adult and stands with a female introduced to its audience as a couple. One can conclude the couple are the biological parents of the main character Izzy Hawthorne, the granddaughter of Alisha.

Regardless of all current science technologies including projected future science hypotheses, a human embryo still requires a male sperm and female egg to be a person. The internet is blown up with all kinds of wild speculation of implanted wombs into men and artificial embryo growth, however these conjectures still do not and would not allow for pregnancy. What about the first male to birth a child you ask? In 2008, Thomas Beatie was and still is a biological female. Thomas transgender state required ongoing testosterine hormone replacement therapy which had to stop in order to succesfully carry a child to term in her natural state as female. In addition, the movie obviously would not want the unsuspecting minds to comprehend the exhaustive process that would be required for Izzy’s father to be conceived by Buzz’s commanding officer and best friend, Alisha.

The Mayo clinic describes its complexity, “In vitro fertilization (IVF) is a complex series of procedures used to help with fertility or prevent genetic problems and assist with the conception of a child…In addition, IVF can be time-consuming, expensive and invasive (Mayo Clinic, 2022).”

In Pixar’s gay agenda, the animation throws out sensibility and probability to over simplify the ability of these two biological female characters to give birth to future characters and further robs from the story line in it’s attempt to darken the minds of children.  Stay vigilant, be the voice of truth. The truth shall set people free.