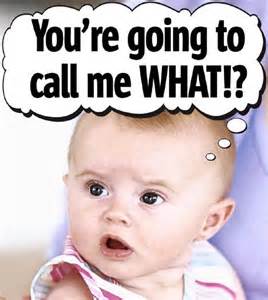 If you could give yourself a new name what would it be? I have several nicknames and prefer them over my birth name. Have you ever noticed how family members can really get their feathers ruffled over names, after all they knew you as….(fill in the blank here), but what I found is that the Bible is full of nicknames, changed names and dual names. Names were given to people that would be more culturally relevant. Sometimes a name hid a person’s identity as to not distract from their title or purpose. God also changed birth names to new names that were tied to his promises and often revealed a person’s strength or weakness (depending on how you look at it). Here’s a few fun examples listed below, what would your new name be?

Abram & Sarai changed names to Abraham & Sarah by God – Genesis 17:5, 15&16, No longer will you be called Abram; your name will be Abraham, for I have made you a father of many nations…. “As for Sarai your wife, you are no longer to call her Sarai; her name will be Sarah. I will bless her and will surely give you a son by her.

Jacob’s name was changed to Israel by God – Genesis 32:28, “Your name will no longer be Jacob, but Israel because you have struggled with God and with humans and have overcome.”

Pharaoh changed Joseph’s name to Zaphenath-Paneah after he had interpreted a dream for Pharoah and elevated his position from a prisoner to his second in command to Pharaoh’s throne Genesis 41:45

Hadassah, whom who was also known as Esther became Queen. She had not revealed her nationality and family background, because Mordecai had forbidden her to do so. Esther 2:7 & 10

Shadrach, Meshach & Abednego (seen in the fiery furnace with Jesus) – The chief official gave them new names: to Daniel, the name Belteshazzar; to Hananiah, Shadrach; to Mishael, Meshach; and to Azariah, Abednego – Daniel 1:7

Simon was renamed Peter by Jesus – John 1:42, Jesus looked at him and said, “You are Simon son of John. You will be called Cephas” (which, when translated, is Peter). Cephas (Aramaic) and Peter (Greek) both mean rock.